Faenza ceramics from the Middle ages to the Baroque epoch

Faenza ceramics from the Middle ages to the Baroque epoch

Faenza ceramics testify a production that originated in the Middle Ages with the ‘archaic’ phase, characterised by ceramics with decorations in green and brown and, more rarely, in blue.

This is followed by an exhibition of Renaissance works, showing increasingly refined techniques, in Gothic style, or showing influences of Byzantine, Arabic and Far Eastern derivation, in some cases referring to Renaissance painting and engravings. Different typologies of objects are exhibited: apothecary pottery, devotional ceramics, amatory vessels, used at wedding banquets, with female portraits, the ‘istoriato’ painting with mythological or biblical representations.

Amazing in their beauty and uniqueness are the ‘Berettino’ style maiolica works in the characteristic grey-blue colour (the name probably derives from a dialect term referring to the colour), with extremely elaborate decorations.

The protagonists of ceramics in the renaissance are the “whites of Faenza”, maiolica produced in a new style, characterised by the predominance of white glaze, with synthetic decoration called “compendiario”, drawn with rapid and essential brushstrokes. The works have increasingly elaborate forms, often in sumptuous tableware. The popularity of the ‘whites of Faenza’ continued from the second half of the 16th century throughout the following century. The style, imitated by many Italian ceramic centres, established the synonymity between majolica and ‘faïence’. 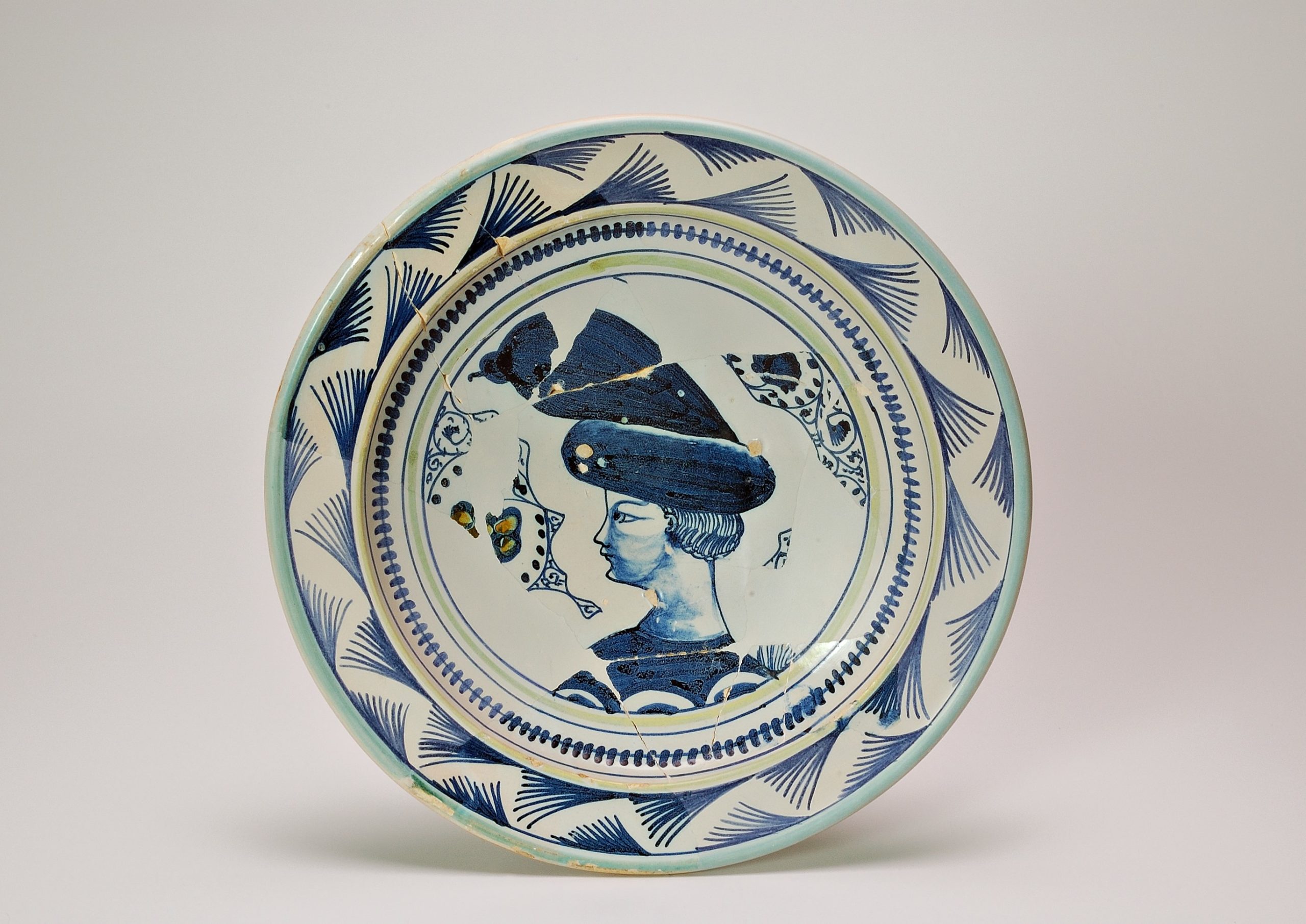 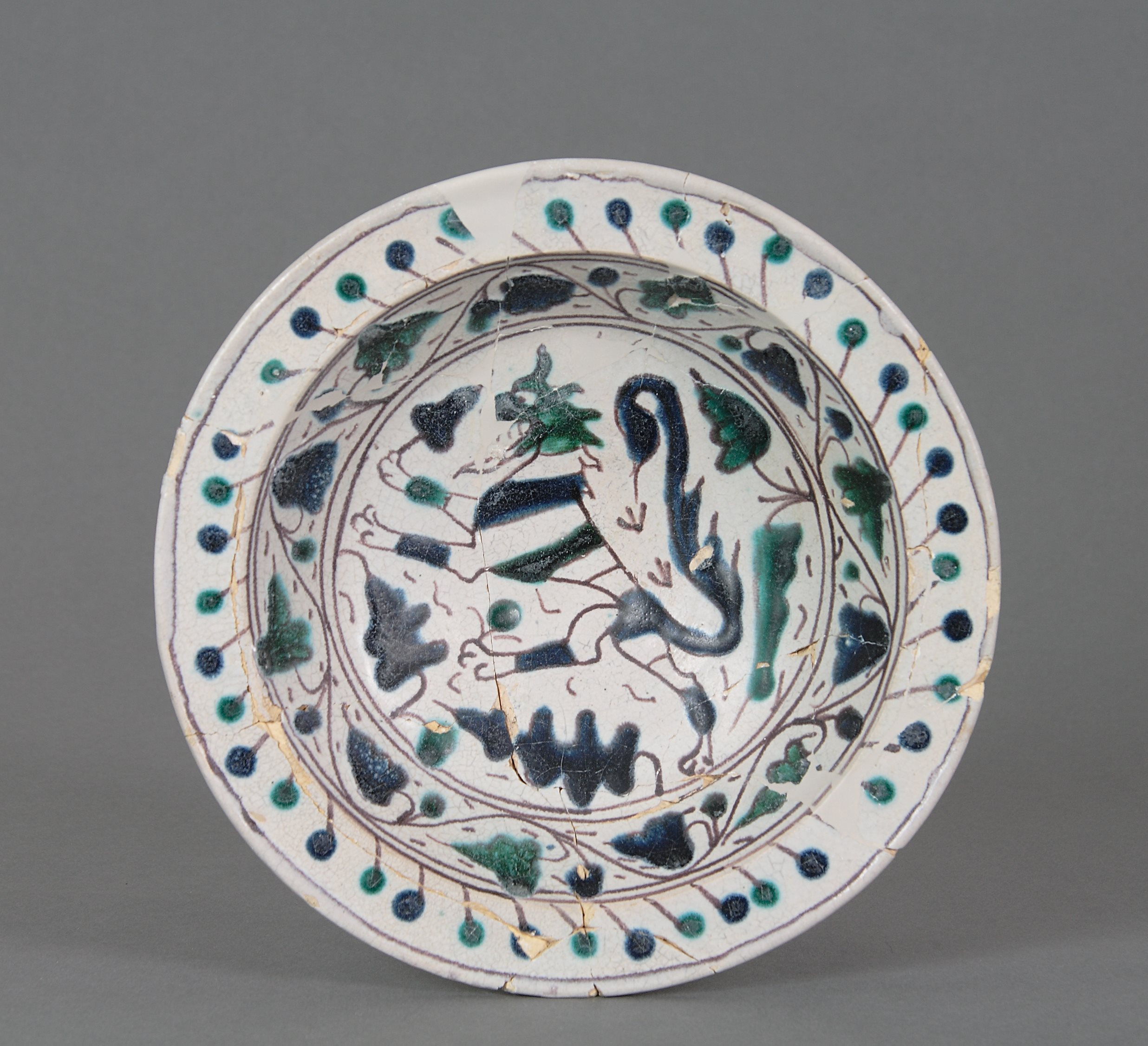 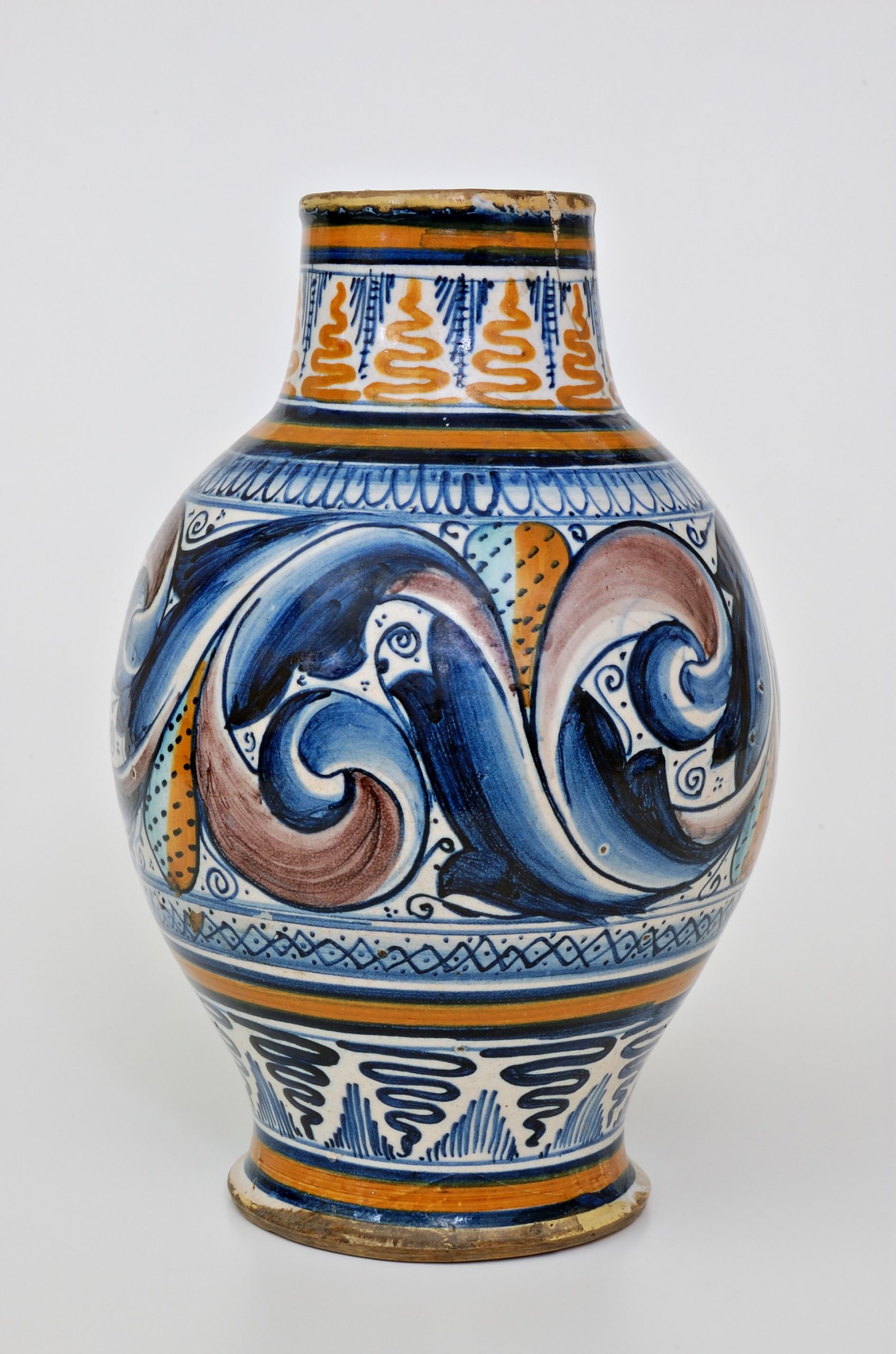 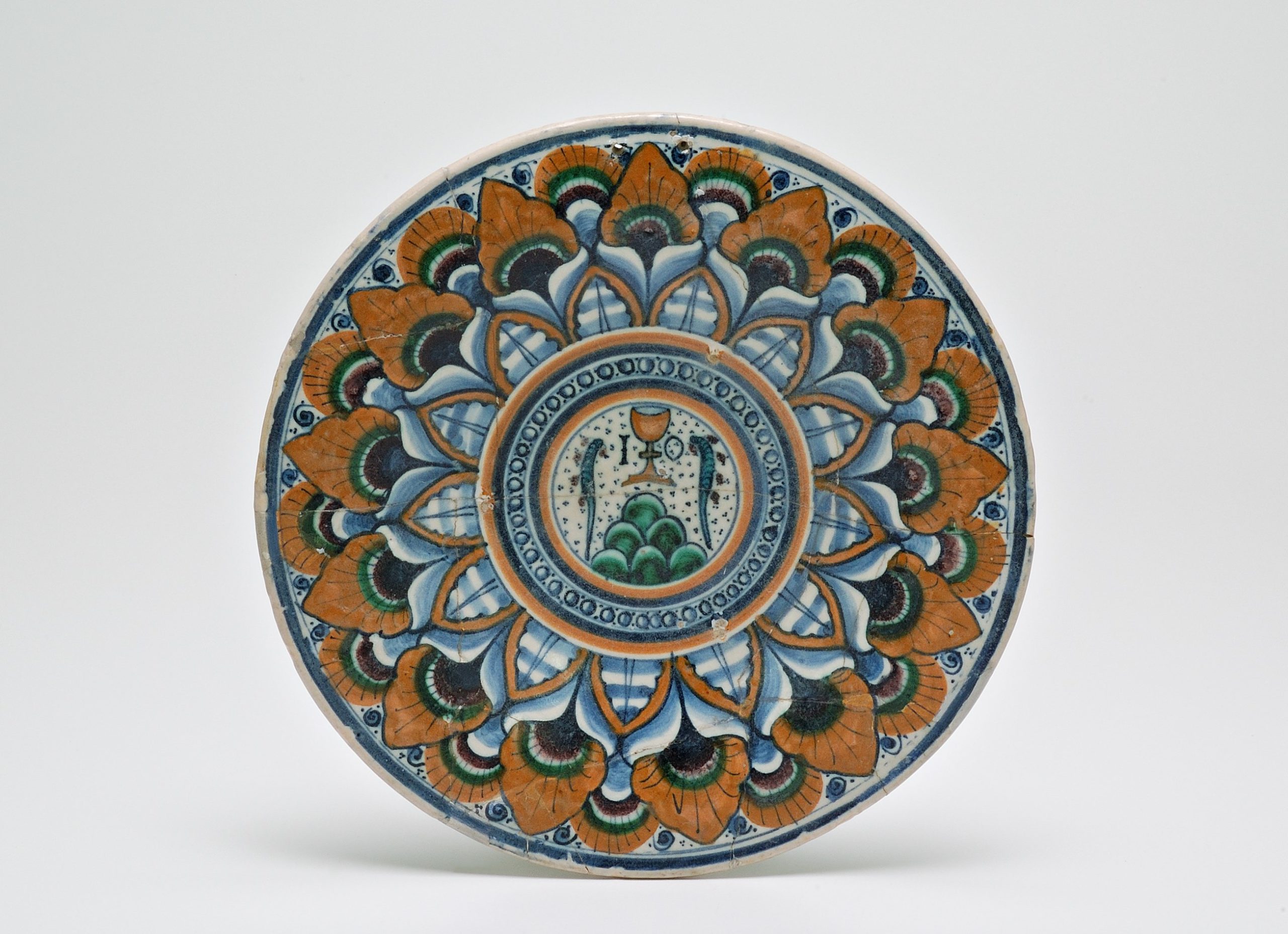 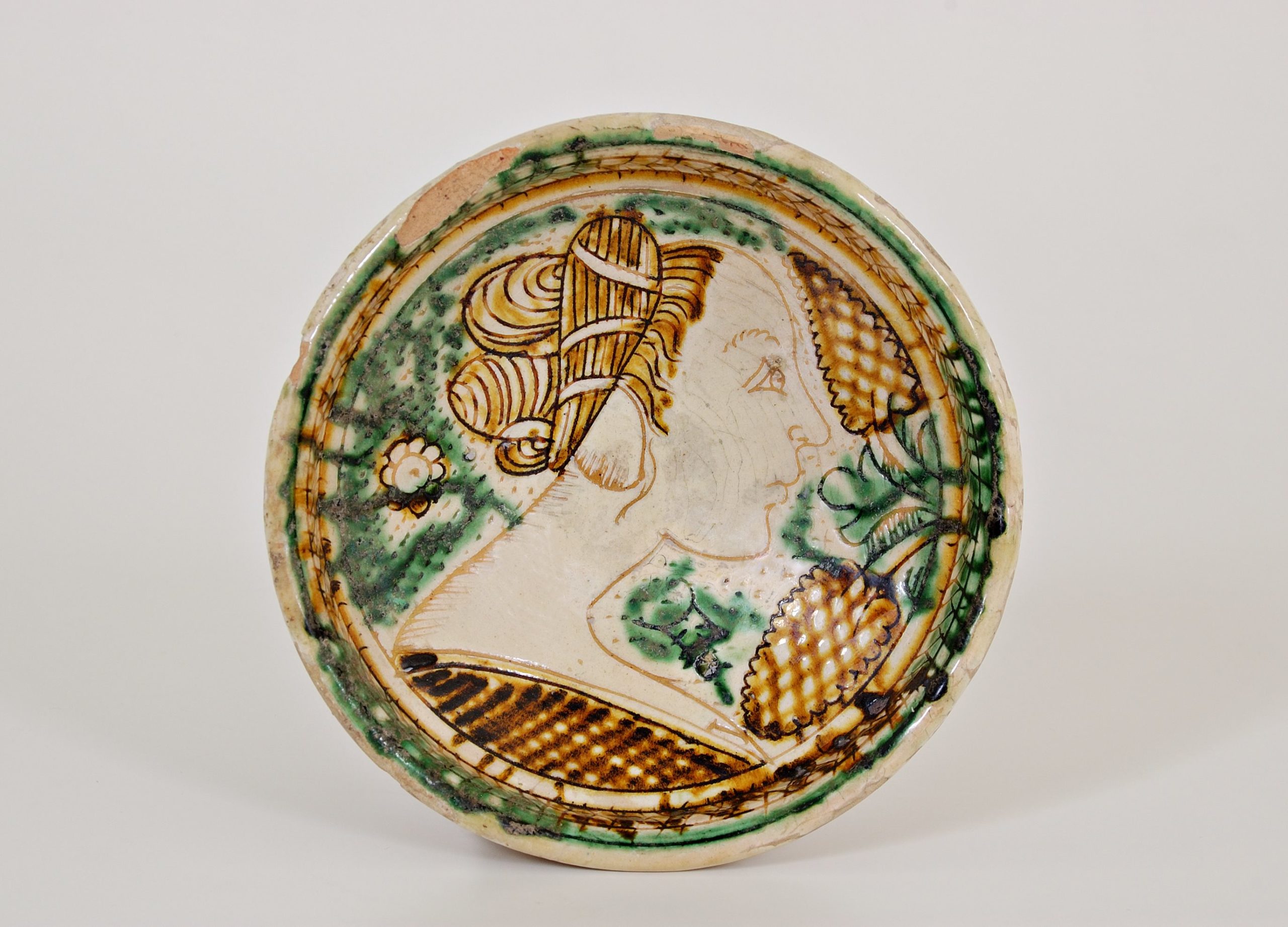 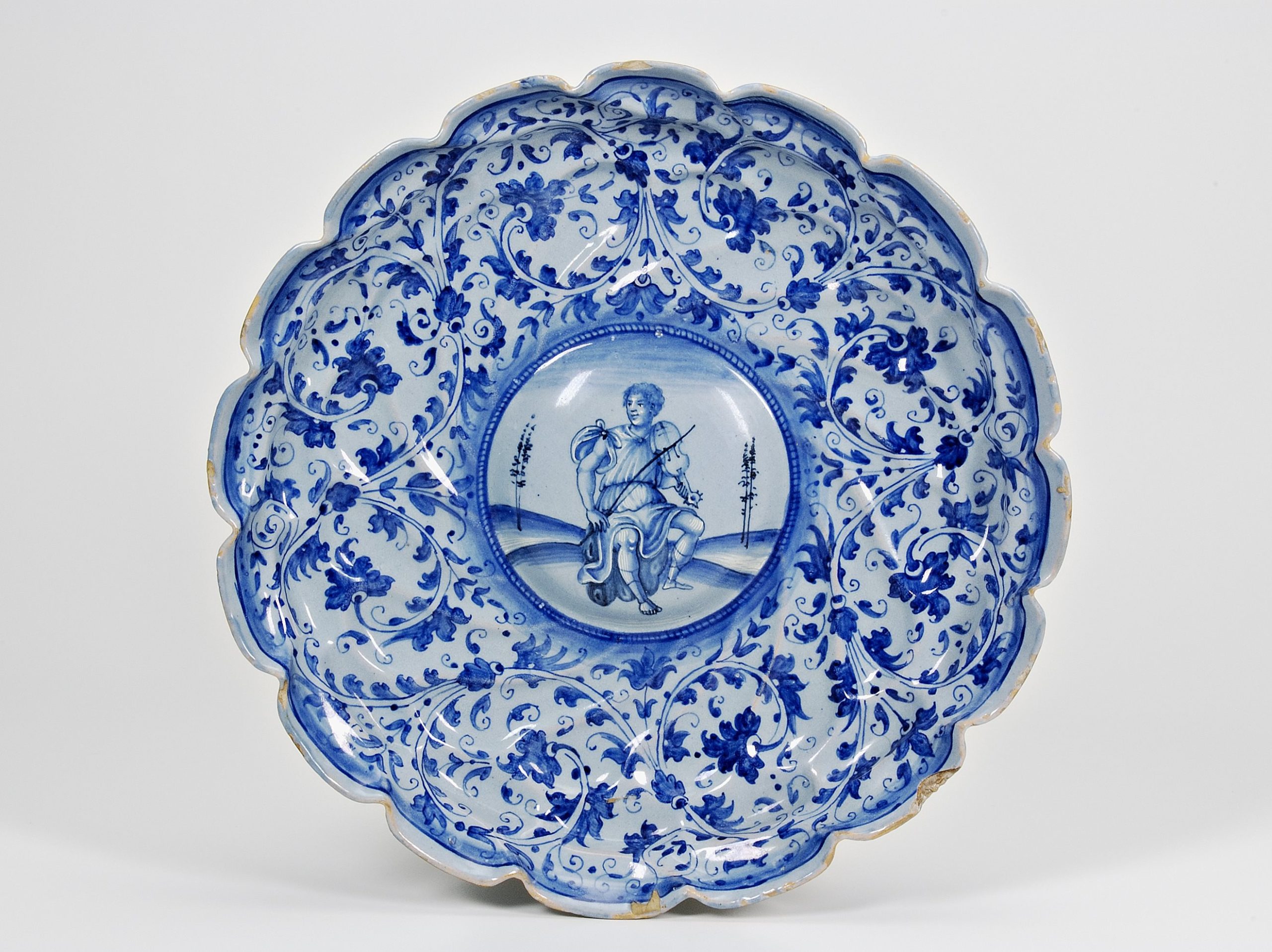 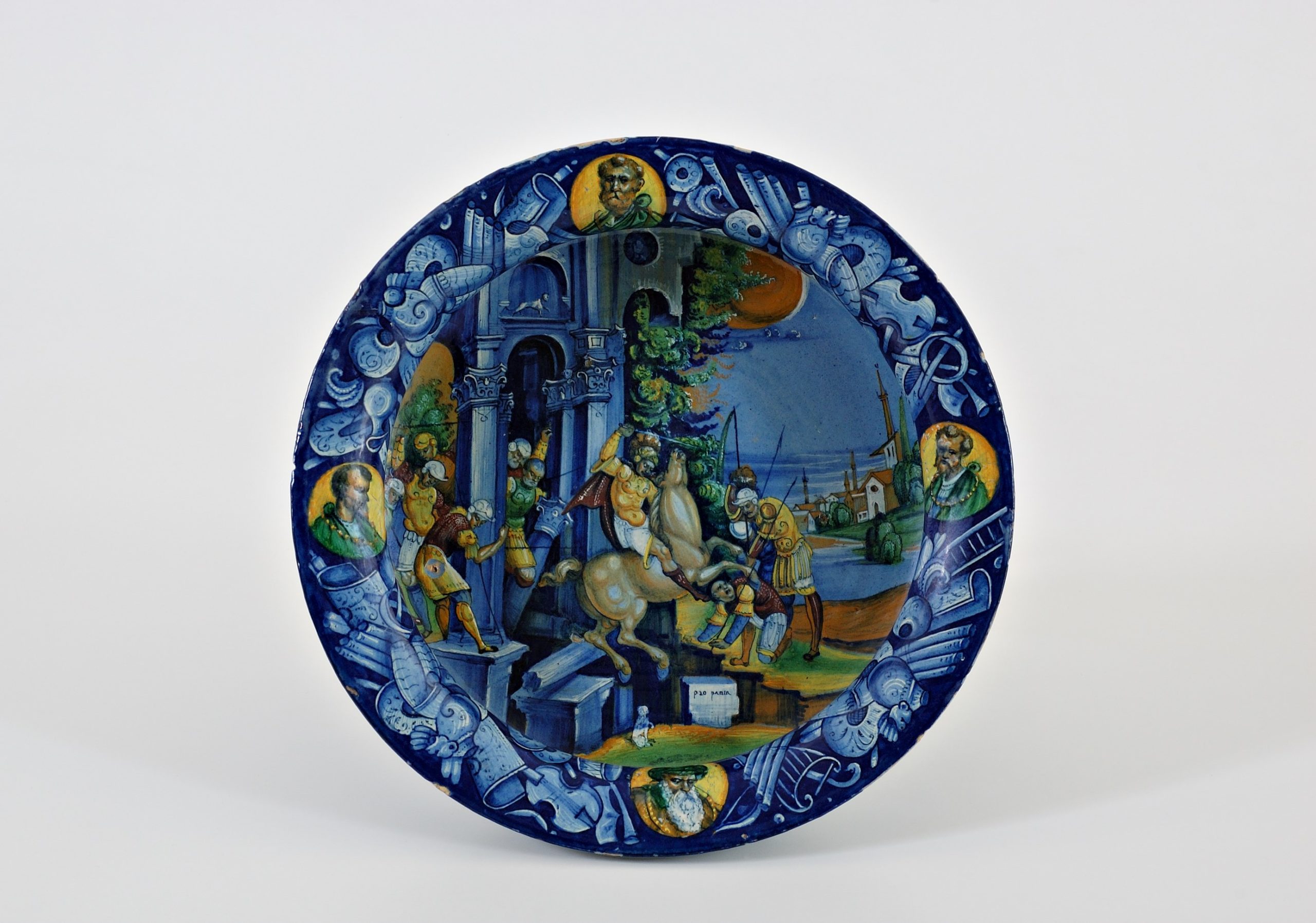 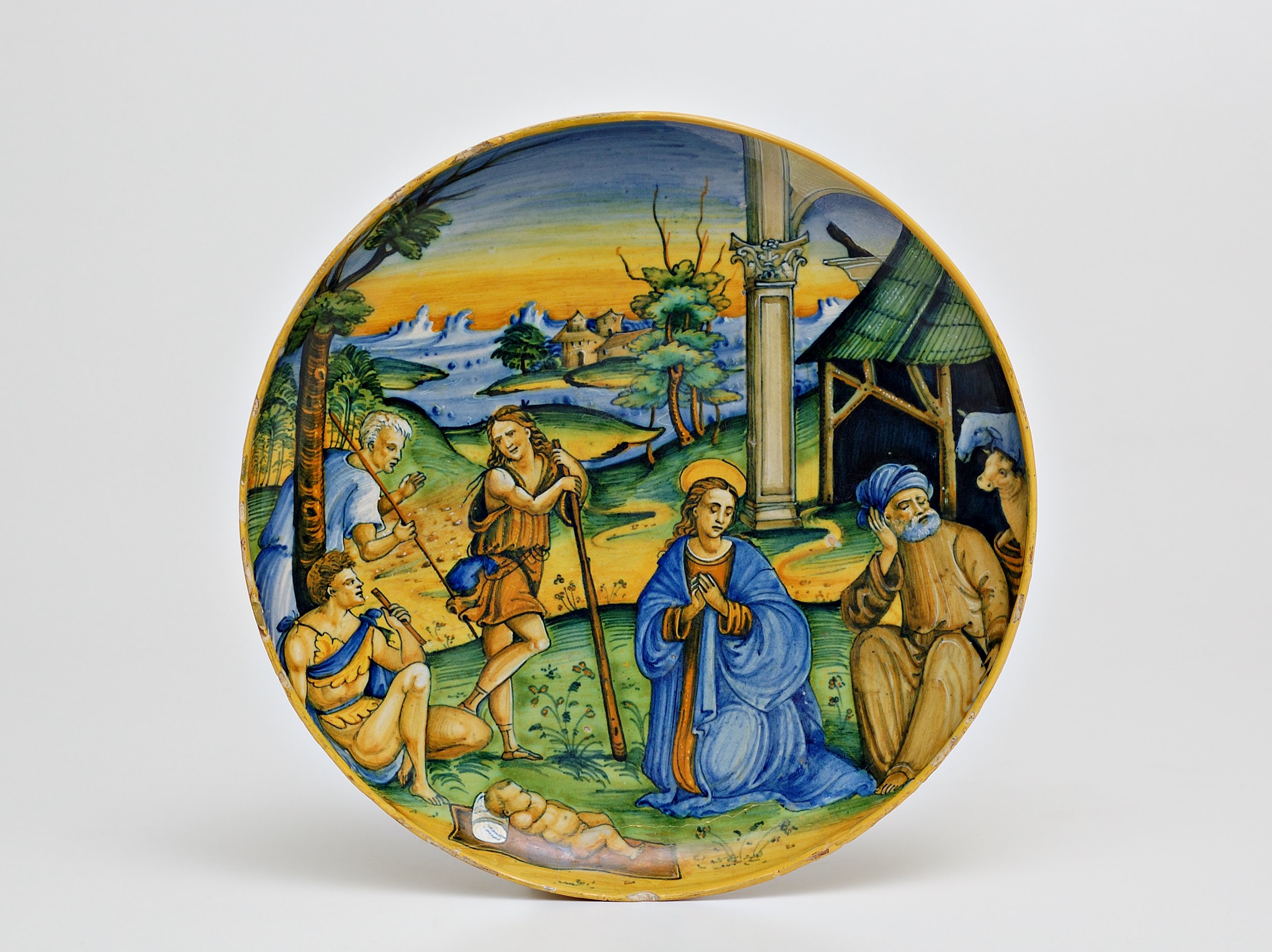 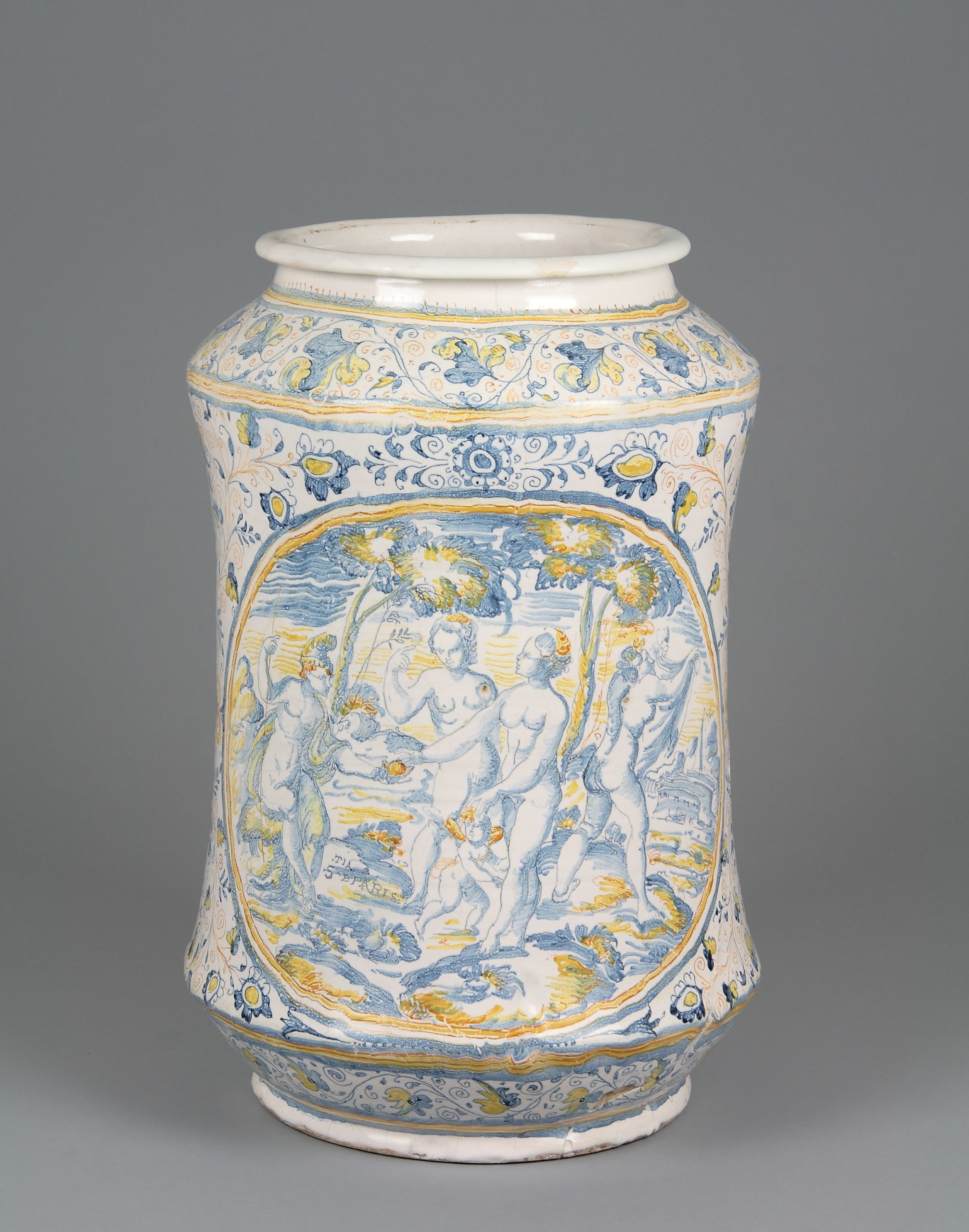 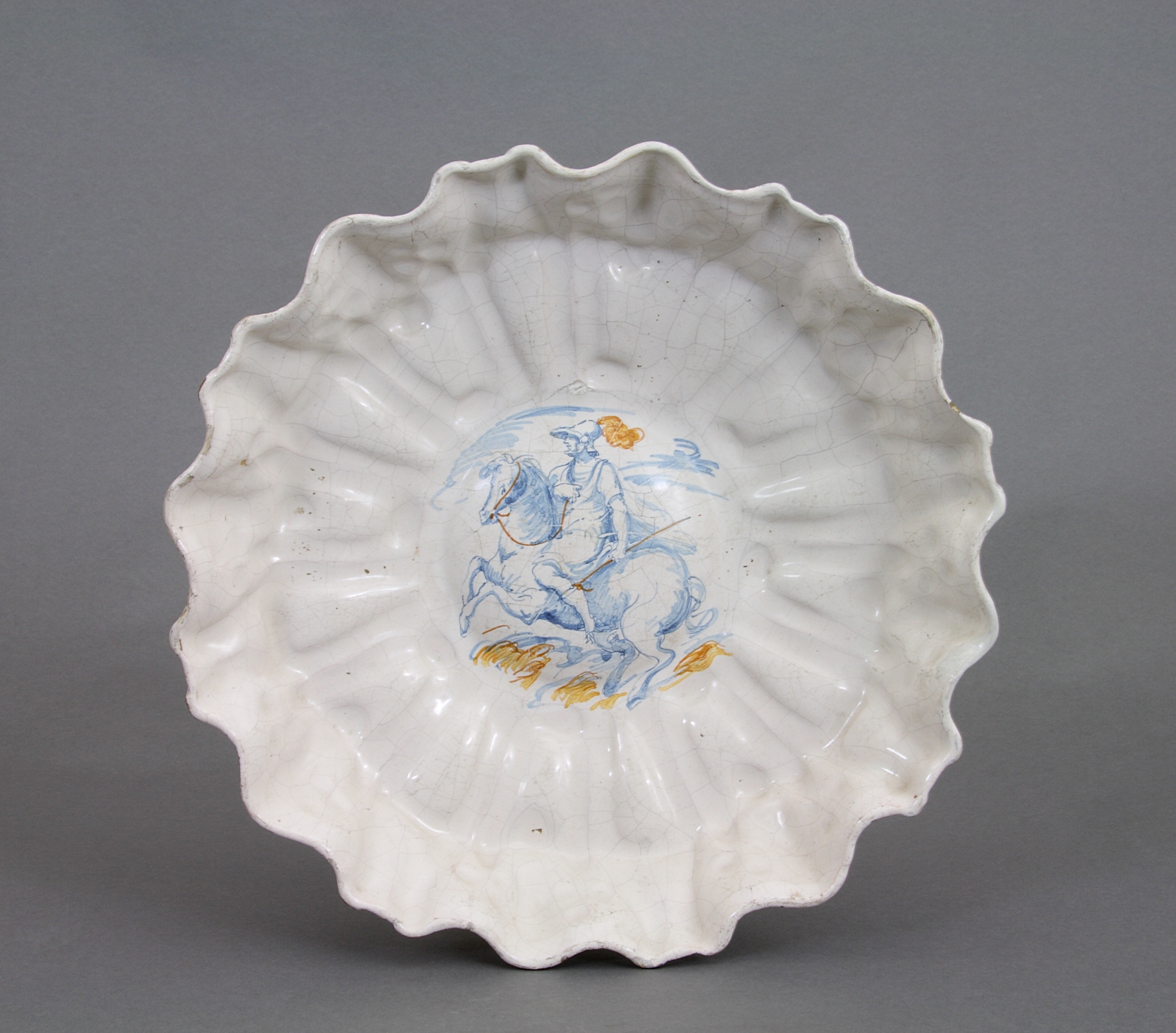