Skip to content
Home—Collezioni—Italian ceramic workshops in the Renaissance

Italian ceramic workshops in the Renaissance

Italian ceramic workshops in the Renaissance

Buy the “Guide to the International Museum of Ceramics in Faenza” (EMIL editions, 2016) ↓

The main maiolica productions of the Renaissance period are described through the regional ceramic centers: Lazio, Abruzzo, Umbria, Marche, Tuscany and Veneto. These works, authentic masterpieces, made the 16th century the “golden age of Italian maiolica “.

It is a tour across Italy admiring works that testify interesting regional developments of shapes and decorations, such as the “panata” jugs, from Latium, equipped with a pronounced “beak” to pour the bread soaked in wine, or the “Orsini-Colonna” apothecary outfit, produced in Castelli d’Abruzzo, with a strong caricatural connotation.

In Umbria emerge the beautiful dishes embellished with the reflections of metallic lustre, a technique derived from the Islamic world through Moorish Spain.

In the Marche region, the “historiated” genre stands out, made of paintings with representations related to historical events, biblical or mythological themes.

Tuscany is represented, among other works, by the Della Robbia ceramics and by the “Medici porcelain” bowl, a rare example of pseudo-porcelain with a soft paste, created in Florence at the end of the 16th century, in imitation of the Chinese “white and blue” porcelain of the Ming period.

The section concludes with Venetian maiolica, rich compositions “grotesque”, “trophy”, with the precious pharmaceutical equipment in the typical decoration of leaves, flowers and fruit. 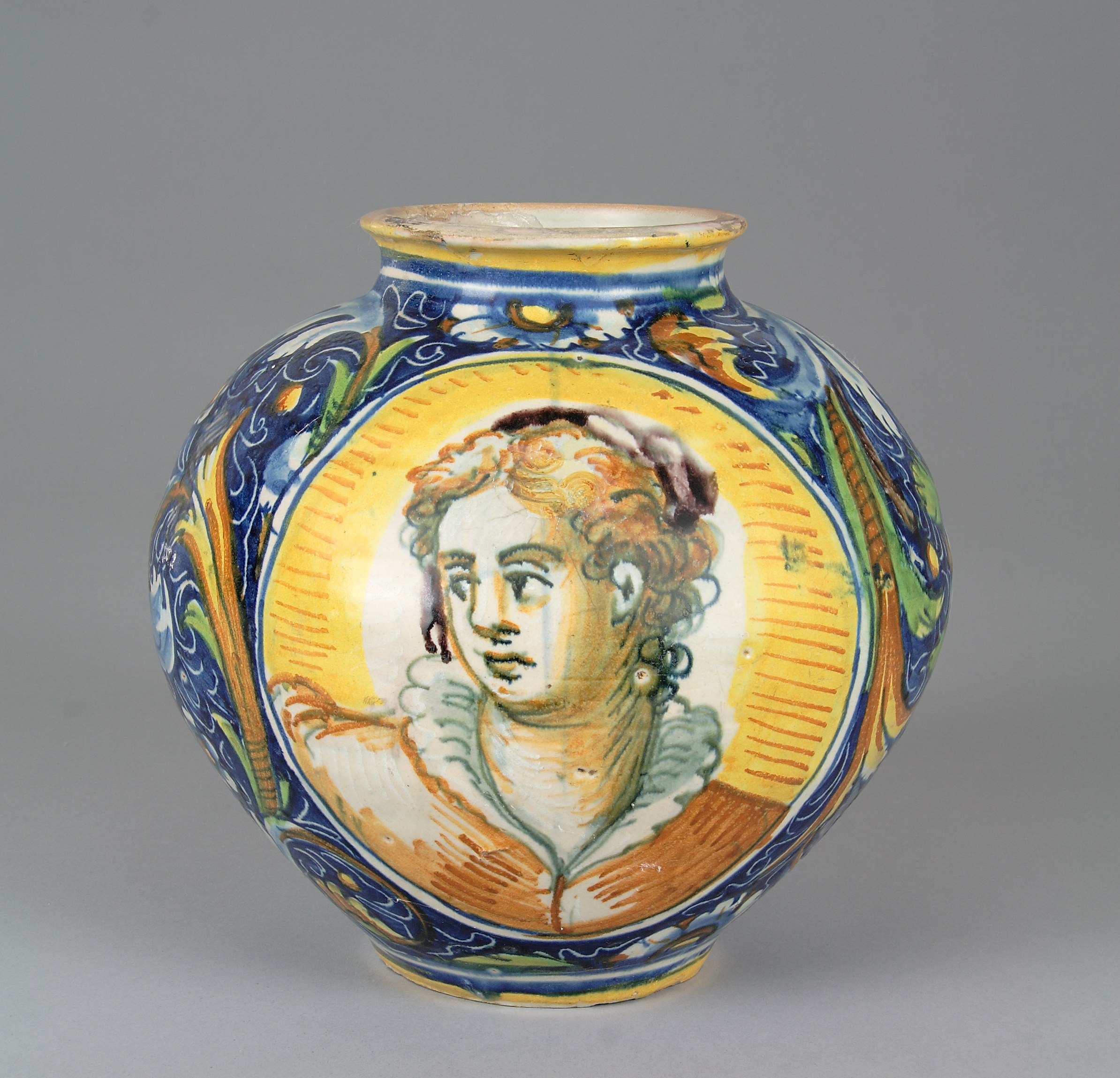 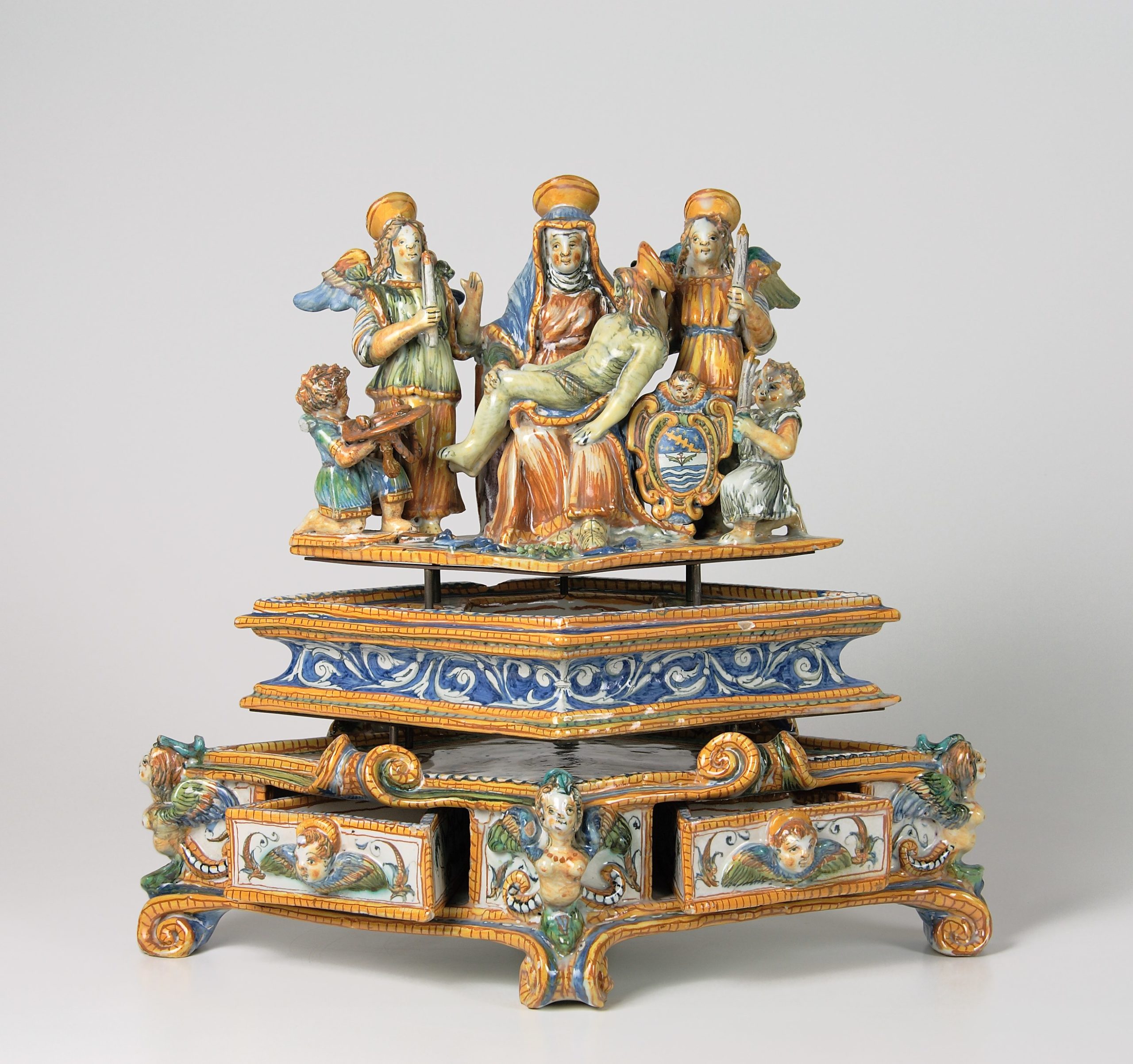 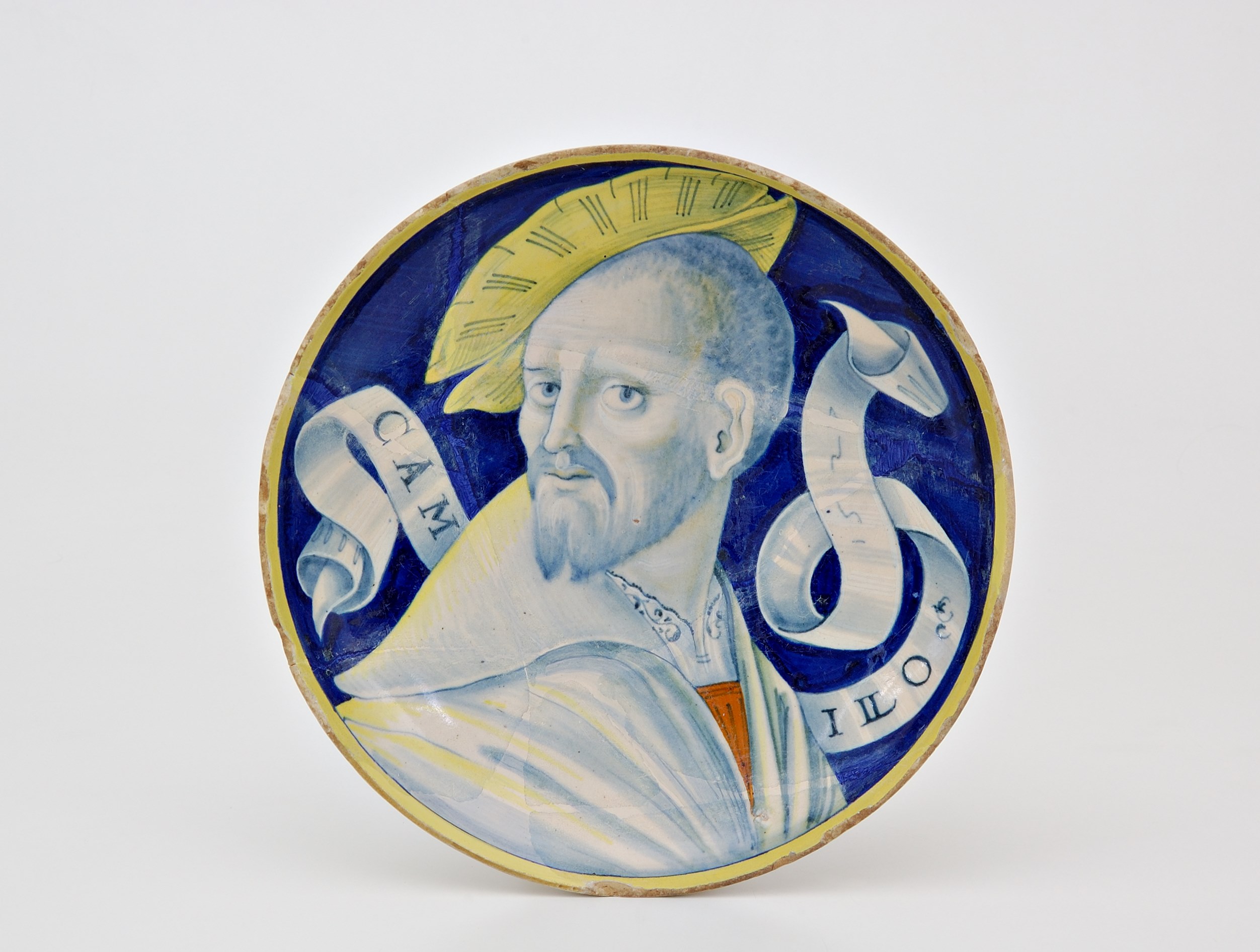 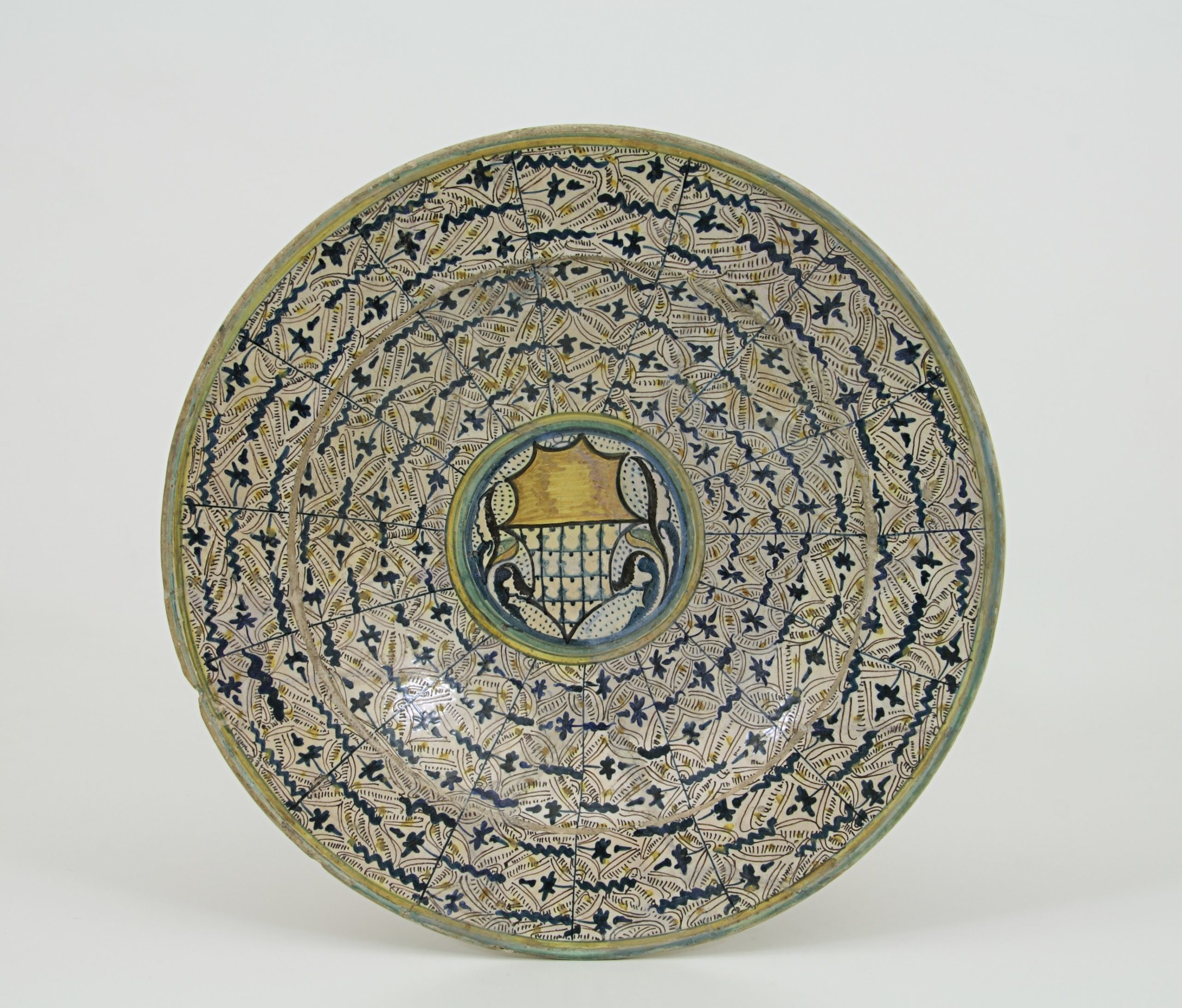 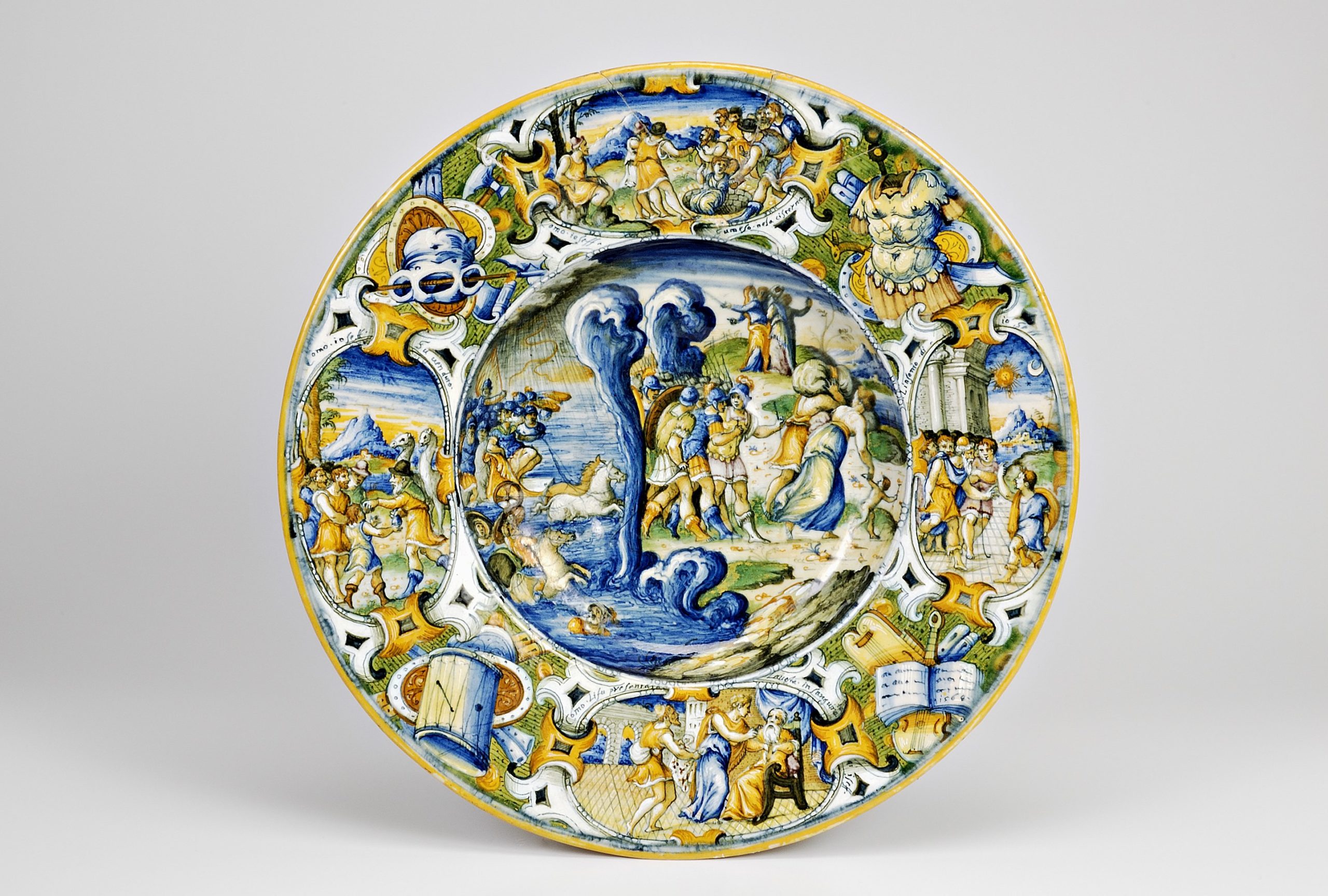 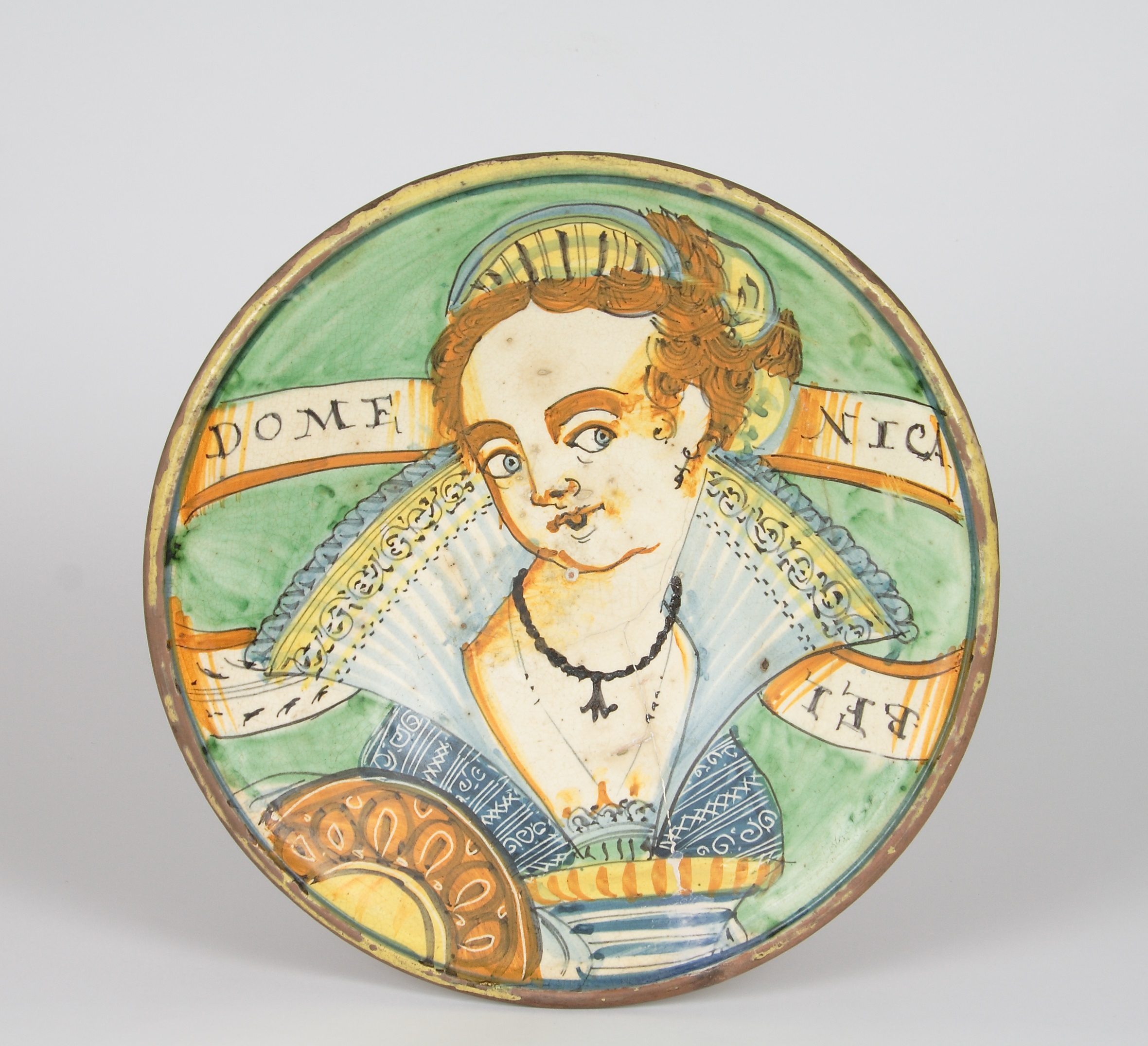 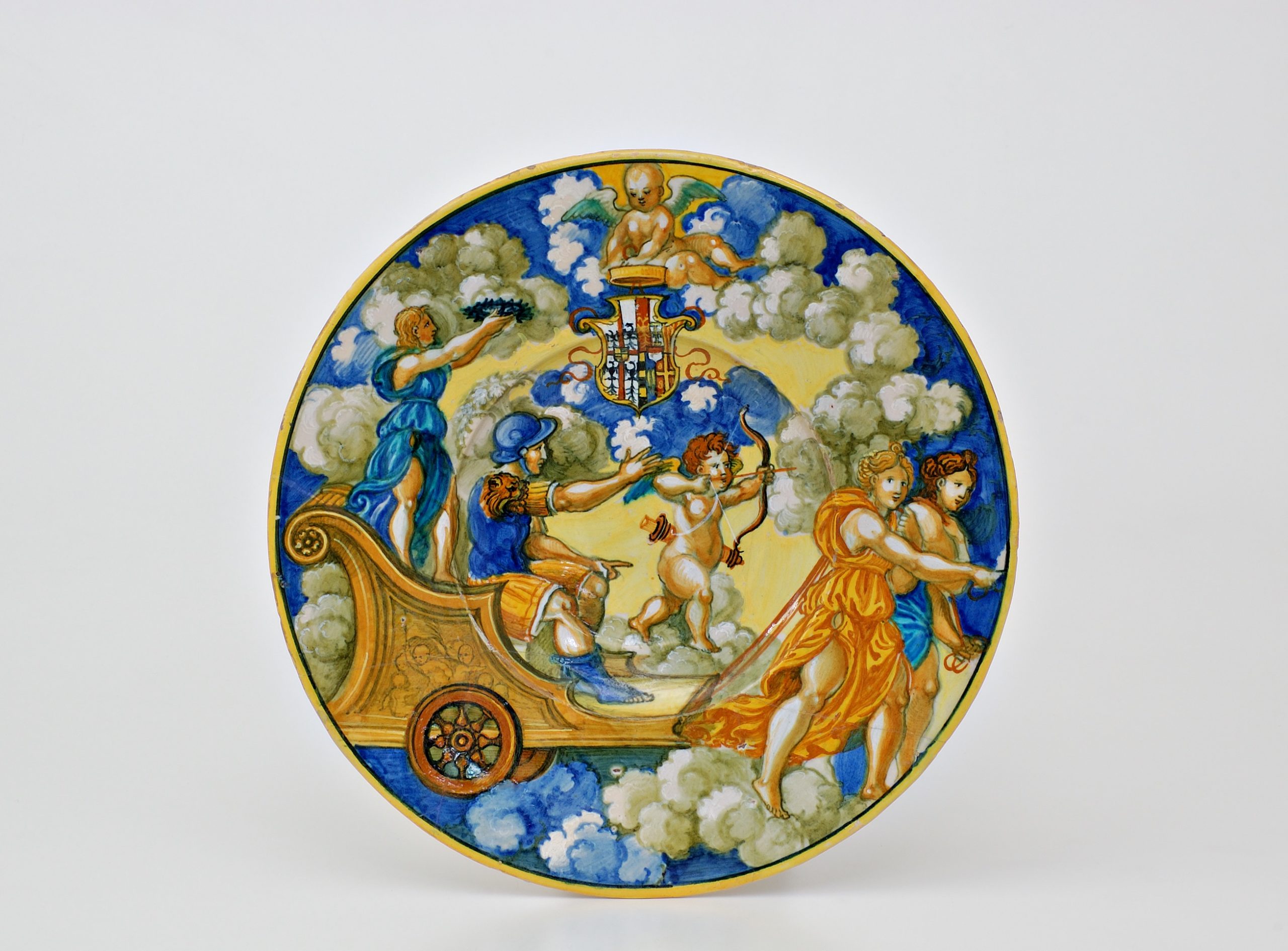 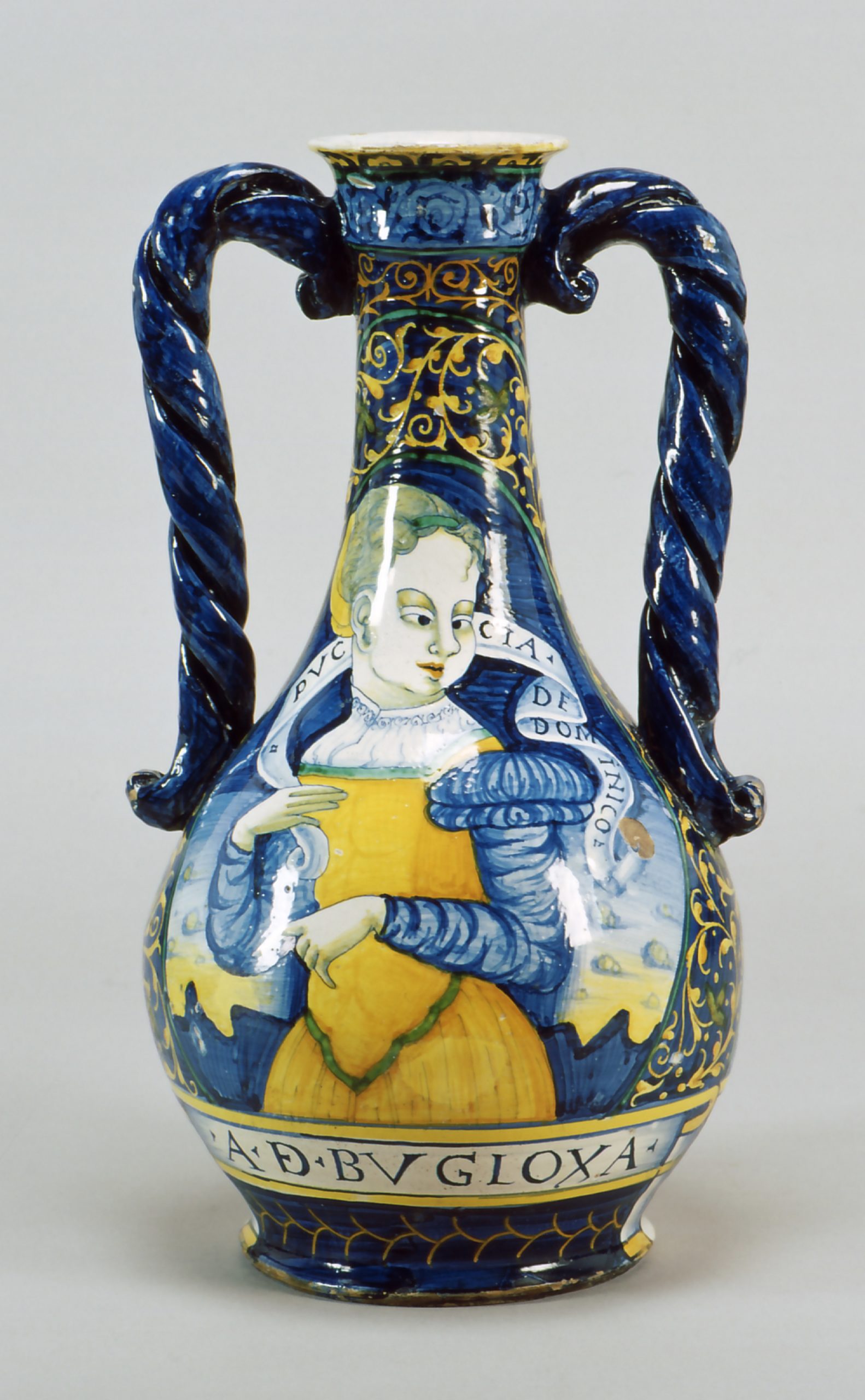 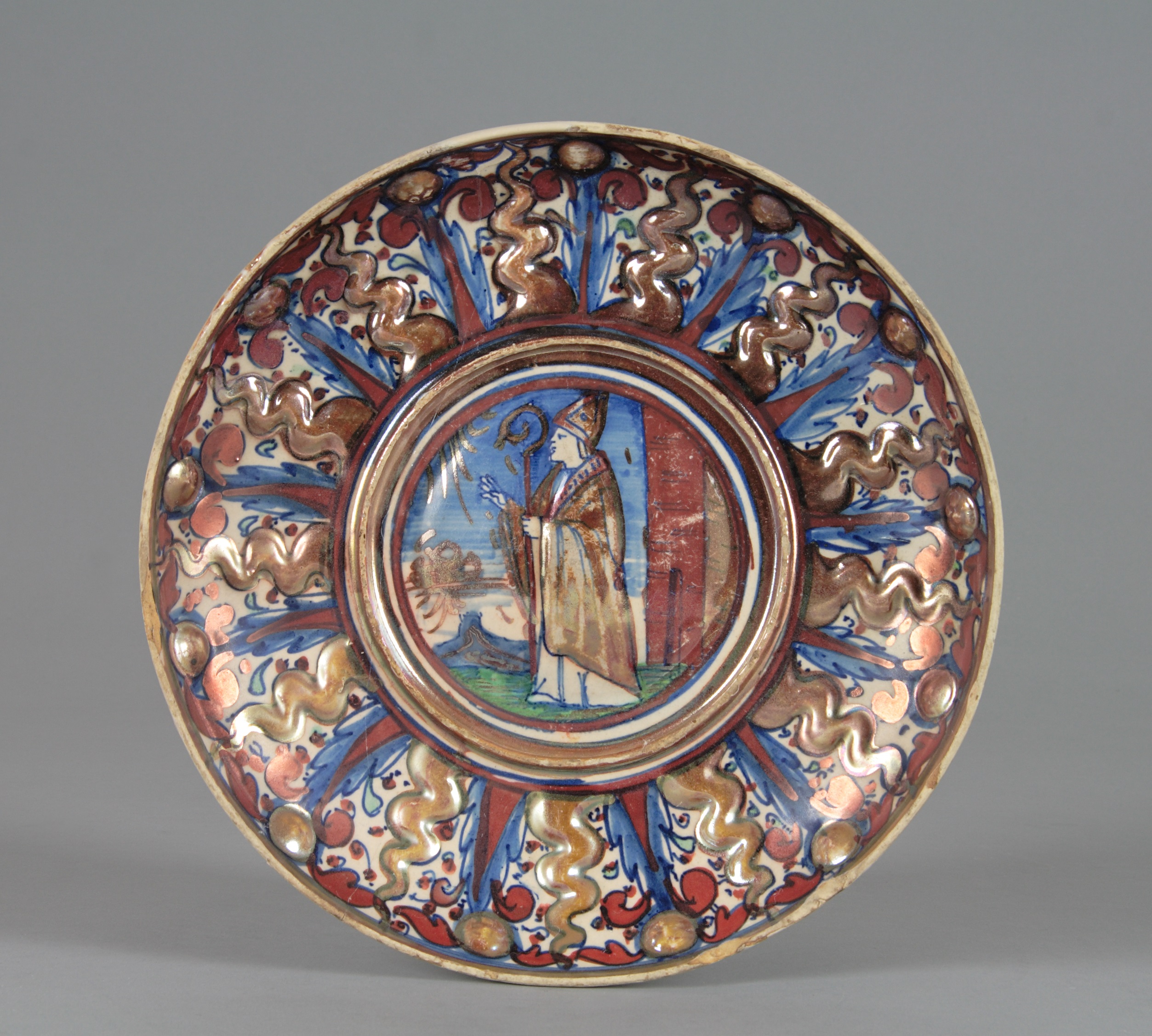 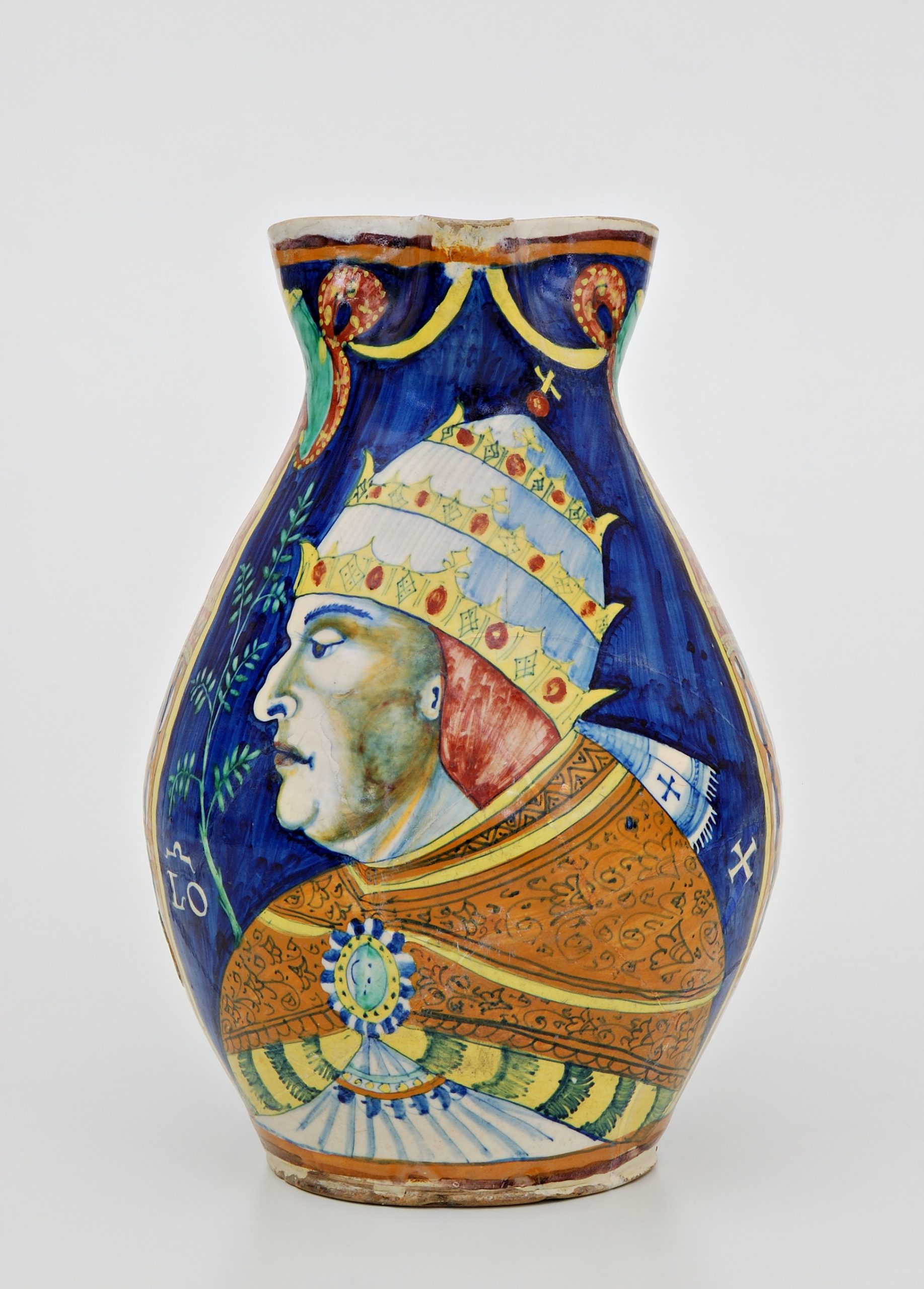