History of the “Playing with Ceramics” Workshop 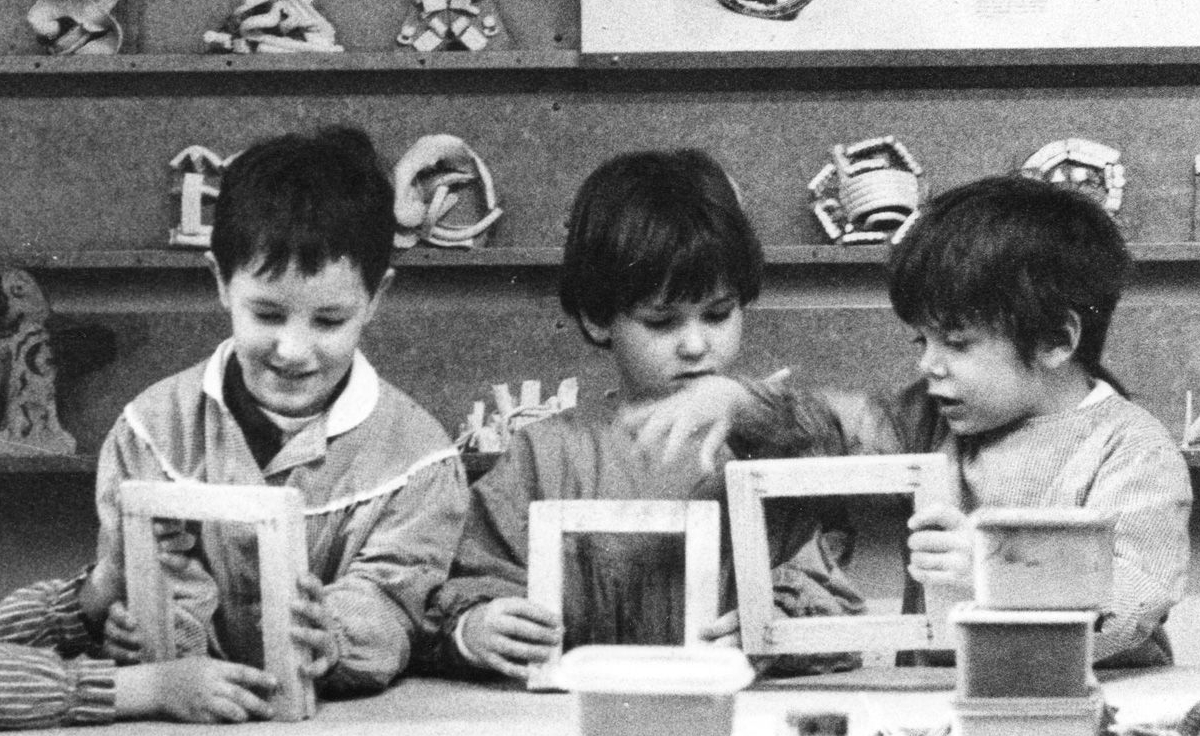 The "Playing with Art" method is now carried out by the Bruno Munari Association. ↓

The project, started in 1978, also involved some teachers and students from the "Ballardini" State Institute of Ceramics in Faenza: this articulated team followed the experimentation activities with the schoolchildren, from the inauguration in November 1979 until June 1980.

The Faenza workshop uses an educational method for children from 6 to 10 years old, involving the manipulation of ceramics in a playful way to develop educational experiences and free creativity.

In the two-year period 1980-82 Cinzia Lega and Elisabetta Lanzoni, having already participated as students the previous year, animated the workshop by working with schools and launching a series of activities that have since been consolidated, such as refresher courses for teachers, consultancy and projects for new workshops, participation in exhibitions and conferences, and the production of teaching materials.

From 1982 to 1997, Ivana Anconelli coordinated the department, she introduced specific pedagogical and didactic aspects in a systematic and characterised manner, going beyond the more experimental elements of the early years. The "notebooks" of the educational workshop begin to be published. They document the main activities carried out by the Museum in the educational field and are used by teachers as working tools.
During these years, under Bojani's direction, an activity, fundamental for the educational department started: the involvement of artists and master ceramists who presented their artistic work to the children, proposing games and experiments following the workshop methodology, enriching it with creative stimuli and bringing new techniques and applications.

Since 1997, the workshop has been run by Dario Valli and Maria Grazia Gordini (with coordination by Marielle Muheim between 2001 and 2006), continuing experimentation with ceramic materials. This experimentation is entrusted to the children and artists who always practice in the workshop. From the school year 2010/2011 until 2014, Mrs Gordini was succeeded by the ceramist Lorena Cabal Lopez.

From September 2014 to July 2017, the workshop cooperated with the Cooperative Atlantide for the management of educational activities.

Since 2015, the workshop has been called "Giocare con la Ceramica" (Playing with Ceramics) in order to enhance the uniqueness and specificity of its educational paths.

From September 2017 to March 2019 the didactic coordination was entrusted to the collaboration of Lisa Rodi, for the management of the didactics and the enhancement of the workshop activities of "Playing with Ceramics".