Galileo Chini knew how to adapt his poetics to the fashions of the time, attentive to the decoration that becomes an emotional pattern.

The exhibition curated by Claudia Casali and Valerio Terraroli, exhibits about 300 ceramics, some of which unpublished, and prapartory drawings to document the different steps of Chini’s activity, one of the gratest protagonists of Italian Liberty.

Chini was a versatile artist, among the pioneers of Art Nouveau in Italy of the late 19th and early 20th centuries, but also a refiner of the Deco taste developed during the twenties. He devoted himself passionately to the art of ceramics, with a varied, original and highly personal production, as well as to painting and fresco painting.

He painted still lifes, beautiful landscapes of his Versilia, portraits and environments that recall his experience in Bangkok, where he was a guest of the King of Siam, precisely to fresco the imperial residences, after the celebrated experience in 1909 of decorating the “Sala della Cupola” of Biennale in Venice, in full Art Nouveau style.

His experience is also linked to architecture: famous is his intervention at the Terme Berzieri spa in Salsomaggiore (1923) one of the most interesting examples of eclectic Deco buildings. This was a colossal task for the Chini factory, so much that, for this commitment, the factory had to be enlarged and they had to expand the kilns. As is well known, the decoration covers almost the entire building, with delicate paintings in the treatment rooms, which are covered with ivory-colored tiles and golden listels, and with richness in the social rooms such as the bar, the central hall, and the grand staircase where the great majestic Galileo fresco is located. Just in 2023, the 100th anniversary of the founding of Terme Berzieri will be celebrated. The Chini workshop created the ceramic decoration of the Castrocaro Baths.

It should also be noted that Chini decorated the rooms devoted to the arts at the Torricelliana Exposition in Faenza in 1908, from which the founding of the International Museum of Ceramics began, and he donated an important nucleus of works the city of Faenza, the first nucleus of the constituent museum. Unfortunately, these were lost during World War II, but many others (in the photos below) were donated by Manifattura Chini in the years to come .

Chini also worked for the theater: among his best-known works are the sets for the first Turandot performed in 1926 by Arturo Toscanini.

Chini’s ceramic work is recounted through a rich ceramic itinerary consisting of five sections, with scenic insights recreating the historical and cultural environment in which the artist worked.

Other important realities that preserve architecture created by the Bottega Chini such as Salsomaggiore, Castrocaro, Borgo San Lorenzo, and Montecatini Terme are involved in a network project aimed at enhancing the complex and articulated work of this extraordinary craftsman. The idea is to suggest a map of “Chini” routes that can encourage tourist-cultural flows.

A rich catalog documents the exhibition, not only of the works on display, with various insights related to international exhibitions, architectural projects, glass and wrought iron production, and the Venice Biennials.

Saturday November 26th, from 2pm to 6pm, free entrance for everybody 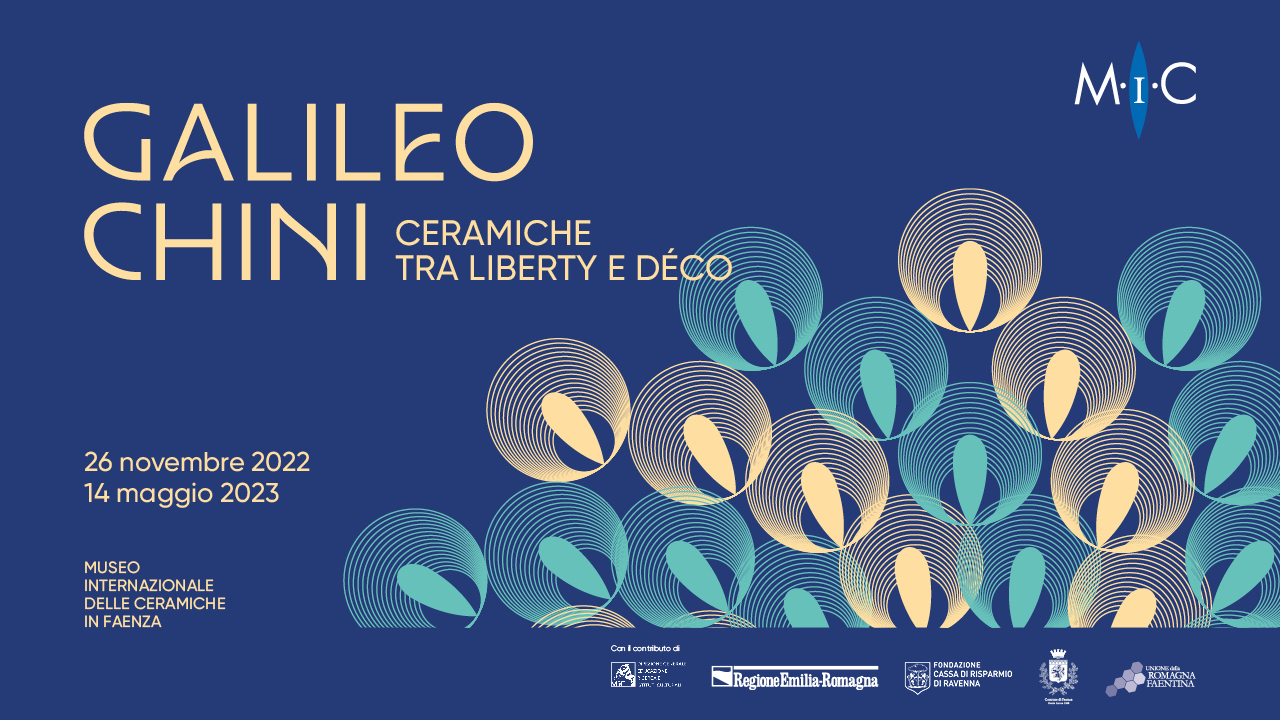 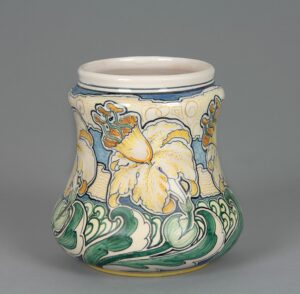 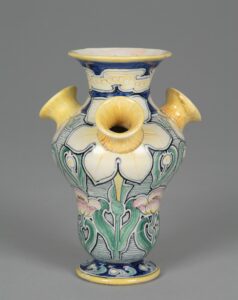 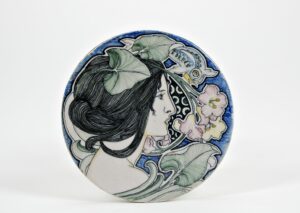 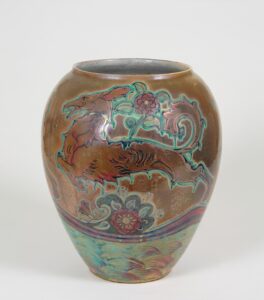 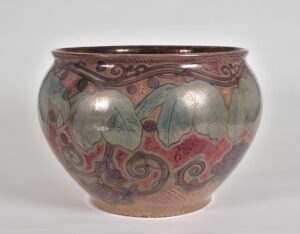 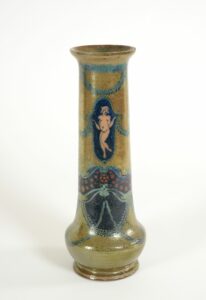 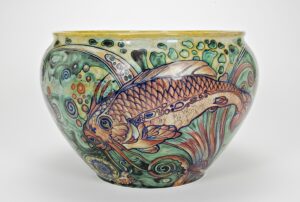 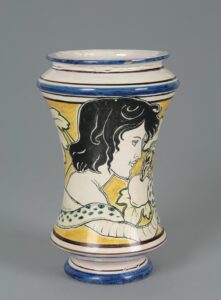 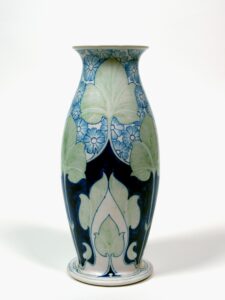 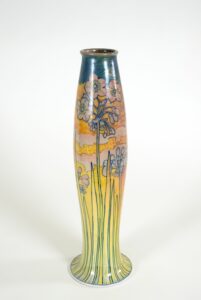 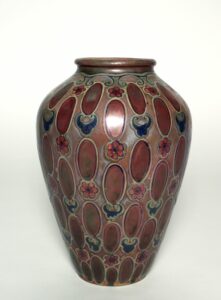 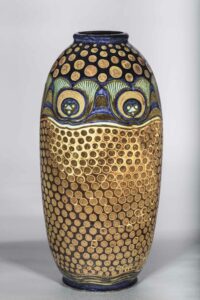 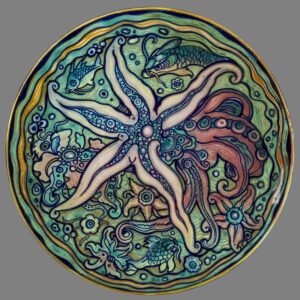 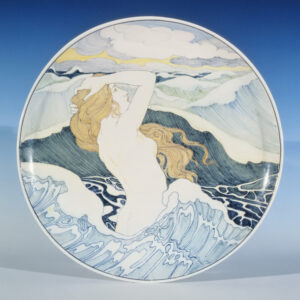 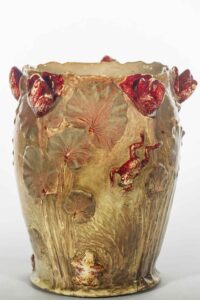 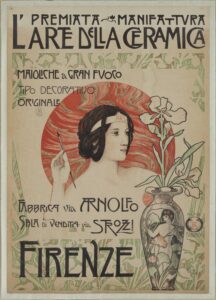 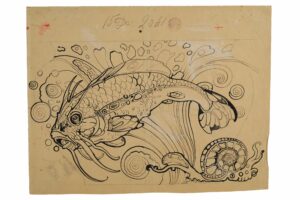 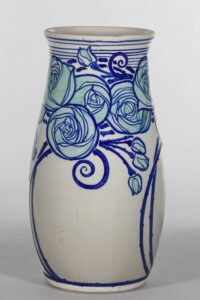